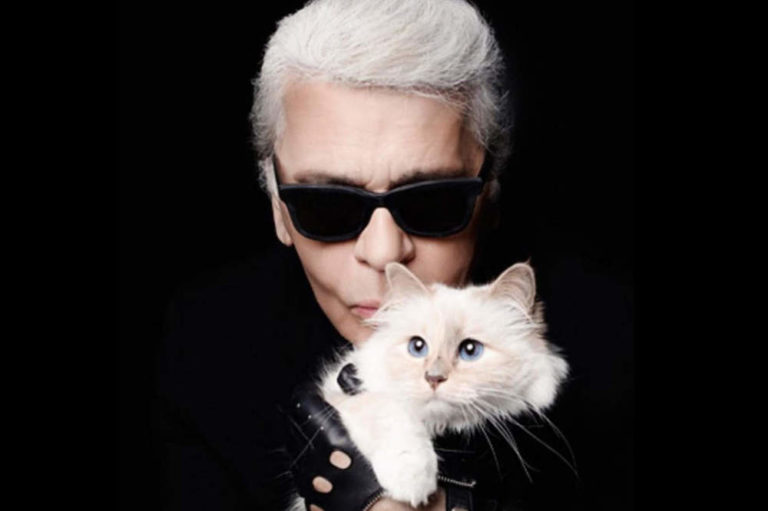 The first story of Otto is dedicated to Karl Lagerfeld.
Recently passed away, he was told about his successes and his professional life, but here I would like to remember him for facts unrelated to work, as one does with a dear friend, with someone with whom one shared a piece of life, because Karl Lagerfeld has accompanied , not only mine, but most of the life of my generation’s fashion lovers.
Not everyone remembers that his second name was Otto … then he left it over the years, but I hope this is a positive sign for my new adventure.
Who knew him, remembers how kind he was with everyone, from the ladies who were cleaning the floors of the Chanel boutique in Paris, to princes, queens and Hollywood stars; smart, respectful, he had a passion for books that he used to collect in large numbers (it is said that he had more than 300,000 in his main house)
He started his career with Pierre Balmain in the 1950s , in a very low position, because he wanted to learn before starting his own journey.
When he was young, he drove a Mercedes 300 SL “Gullwing” with wing doors, and during the last years he had a driver on a Bentley Continental or a Hummer: isn’t this so cool?
He was familiar with digital devices, however he loved paper and ink: it is said that he used Shu Uemura eyeliner instead of pens… he drew so well that his sketches looked like works of art; there are over 40,000 of them in the Chanel archives and I would give everything to see and touch them.
He spent the last days of his life along with Chupette, his beautiful and well-known white cat; inseparable companion, loved and spoiled, source of love, fun and inspiration, Chupette has become an icon itself.

“Fashion is neither moral or immoral, but it is for rebuilding the morale.”
Karl Lagerfeld

Storie di Otto
Login to Otto Vintage
Reset Password
Enter the username or e-mail you used in your profile. A password reset link will be sent to you by email.